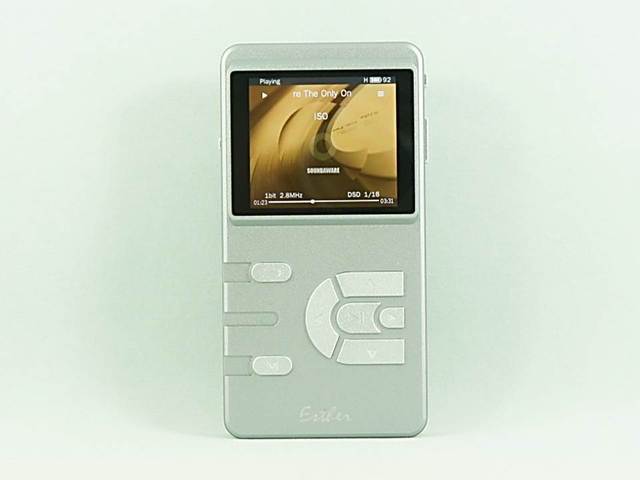 You don't have to be an analyst to identify something wrong with the record industry's graph. Predicting an unprecedented period of revenue generation off the back of a two year growth period when two of the preceding three years had seen revenue declines one of them large is more than optimistic. It could be explained by new strategy, marketing and innovation pushes by the music industry, but hindsight shows no evidence of that.

In a nutshell, the music industry is adamant that illegal downloading is the prime cause of its revenues dropping over the past decade. Opponents say that we're buying more music than ever, but that we're buying individual songs and not expensive albums on CDs and that's why revenue is down. But is the current quality of music really comparable to what was on offer in the 90s?

Or is it more akin to the 80s? The following is something of a personal history, but then my formative years were spent growing up in the early 90s and after living through that I was a very early adopter of the web and MP3s in particular. My experiences were mirrored by everyone I knew when growing up. As to how much my world was a tiny microcosm in the great scheme of things is up for debate. In I was 15 and had spent the 80s gawping at people's bizarre clothing, ridiculous hairstyles, listening to mostly-horrendous music and wondering why I struggled so much to fit in.

I just didn't get what was going on. I liked Michael Jackson who didn't back then? For those who look back on the 80s as a great music decade, I can't stress how wrong you are. For every great song there were a thousand audio turds which made up the mainstream. It doesn't look like anyone's bothered to upload many of them to the internet. I was at my godmother's house and her son played a record we often hijacked our parents' stereos back then and they had turntables. CDs were available but they were expensive and the players massively so.

Cassettes were the most popular format for albums with singles mainly being sold as 45s or cheaper CDs. Have you had one of those defining moments in your life when suddenly you understand everything? That was it for me. A song with edge. An angry sounding mental singer and some kick-ass guitar. They kept saying the F-word too.

The song was near irrelevant it's hardly one of their best. It was the sound and the vibe. Over the next months at school just about everyone had got into this band. It brought people from all years together. Whatever people think and say about Guns n Roses now, to me they were the defining band that kicked the 80s into touch and launched a new music scene which exploded in the 90s.

We met other bands from other schools at the gigs and found that pretty much the whole country was into music and going to concerts - especially small local ones. Here's my old band , if anyone's interested. I'm still adamant that Thermal Heaven demo would work well at Wembley.

If you didn't like rock and you weren't some trendy 80s tragic who ignored it and embraced Rave and Jungle instead then there was an Indie movement happening at the same time.

You'd tend to like one genre or the other but generally you respected the other people's music and hung out at similar places. Another ground breaking moment was when metal band Metallica performed a new song for the first time at the MTV Music Awards. It was called Enter Sandman and you can watch the performance here. It instantly elevated these kings of metal to being one of the top bands in the world. We called ourselves "Metallers". It was unlike anything we'd heard before.

A bit indie but with loud rock guitars. The video featured a bunch of cheerleaders in a school gym and a bloke with a mop. Seattle became the focus for the world of music, Nirvana went stratospheric and we all bought lumberjack shirts. The mainstream completely gave up pretending that people still cared about pop. Nirvana appeared on Top of the Pops and attracted a legion of teeny bopper fans not unlike One Direction much to Cobain's chagrin.

New amazing bands appeared out of the blue all the time. A hit movie appeared, " Singles " which, while bad, came with one of the best soundtracks ever.

This was followed up by another iffy movie with a stunning soundtrack called Judgment Night which saw some of the coolest bands team up with some top rap acts. The Commitments was a massive film. That got everyone listening to classic soul. A tribute album to the Dead Kennedys contributed to us getting listening to punk. I could go on and on.

The point is that the music scene of the early 90s was the greatest since the 60s and saw bands being formed across society and interest in new music flourishing across the board. As things progressed from the start, we'd identify new bands and then work out who their influences were meaning that we'd start listening to and buying music from the 70's like Led Zepplin , The Doors which was another massively popular music movie , Black Sabbath , Jimi Hendrix et al.

Some, like Aerosmith , released their best work Pump at that time. As we took up instruments we'd start investigating all the great musicians, especially those featuring guitarists like B. As we diversified from just rock through to metal, indie, rap, and even club music The Prodigy can take credit for crossing over those scenes , we went looking for anything that was good. If you weren't into anything edgy then you still had massive bands like U2 and INXS to provide a bridge between respectable 'proper' bands and the mainstream.

The pop world had Madonna storming the planet with Vogue and Michael Jackson was at his peak. When Freddie Mercury died parents and kids alike watched the tribute concert which opened with Metallica, featured artists like David Bowie and a duet between Axl Rose and Elton John.

College bands like REM went ballistic. Jon Bon Jovi and Richie Sambora performed an acoustic medley and unwittingly invented the whole Unplugged movement which got many hard rockers respecting music that wasn't loud. Music festivals all over the world became huge and were packed with great bands. There was something for everyone. Music was all pervasive. We weren't just buying music from our favourite bands but anything that got recommended by the thriving music press or something that got fished out of a bargain bucket.

My favourite bands were called Kyuss and The God Machine there were loads of great minor bands to pick from. Mid might sound like an early start of the decline - there were some great releases that year - but pointedly, most came from existing bands. Guns N Roses were becoming a caricature of themselves. Metallica weren't doing much new and then, out of the blue, Kurt Cobain shot himself. This was incredibly upsetting to me and millions of others and it rather emphasised a change that was in the air.

Music new music in particular was losing its edge and becoming more commercial. I can put a rough date on the first nail in the coffin for me - the day when devouring new music ended and I went back to listening to music from those bands I already knew - mid MTV, which had been so hugely inspirational for the past five years started putting two acts on very high rotation at the expense of all the angry, angst-ridden good stuff. They were the epitome of sanitized, radio-friendly, power pop shite.

It seemed MTV was determined to push these bands ahead of all else and for the first time since the 80s, I just didn't get much of what was happening in the mainstream music world anymore.

Fortunately, also saw the debut album of a mouthy band from the North of England who'd been playing gigs in local cinemas and other dives. The band's two brothers were a massive hit with the media but pointedly they didn't sell out.

Their rivalry with a soaring Blur kept the spotlight on them. Oasis versus Blur and the flourishing Brit Pop scene provided a welcome parachute into a reawakened world of commercial music and a reappearance of pop music. That journey was arguably underlined by the Spice Girls and Take That who represented the final move from 'proper band' and 'live music' Brit Pop into predominantly commercial, industry-friendly music. The good thing about this time was that at least CDs and CD players had matured and dropped in price.

Many people's back catalogues were boosted heavily towards the end of the 90s. I'm not talking about a great-sounding band that some people like, I'm talking about a great band which a bible-bashing suburbanite two-point-four-children middle-American has both heard of and disapproved of.

Research suggests there seems to be three qualities of music that can influence buying behavior in a retail environment: We will use this framework to explain how music impacts buying behavior in a store environment. Tempo In , Milliman et al. The experimental design was simple but the results were insightful: As mentioned earlier, this effect can be explained by the PAD model: Conversely, slow tempoed music prevents these high levels of arousal and slows down the pace at which shoppers move, leading to an increase in items purchased.

The effects of tempo were also explored in a restaurant environment by Caldwell and Hilbert in Slow music caused customers to spend a significantly higher dollar amount on alcohol and spent more time eating while fast music led to a faster meal and shorter wait times for incoming patrons.

As you can imagine, each of these effects might be wanted in different restaurant environments ex: Volume Back in , Smith and Curnow. More specifically, loud music led to less total time spent shopping when compared to soft music.

Despite this fact, the difference in number of sales was not statistically significant. Furthermore, there is some research suggesting that loud music can lead to a skewed perception of how much time has passed, but the effect is gender specific: Another study by Yalch and Spangenberg revealed that age moderates the effects of volume, too: Whether this is actually an age effect or has more to do with generational culture norms is a hard distinction to tease apart, but the fact remains: One study investigated the effect of playing Top pop music versus classical music in a wine store.

Ultimately, playing classical music led to more money being spent by shoppers. Interestingly, the shoppers did not buy more bottles of wine when this music was being played but rather chose the more expensive bottles. Other research has shown that, during the holiday season, shoppers buy more holiday-related goods when Christmas music is playing in the store. From these findings, it seems the type of music playing can send a signal about what kind of goods should be bought.

Classical music indicates sophistication hence the more expensive wine, and Christmas music cues the holiday spirit which leads to more festive items being purchased. It is important to learn about and understand many of the nuances of how music in a retail environment can affect buying behavior, but it is just as important to remember that nothing is black and white and what works in one store environment might cause different effects in another situation.

Posted by Madeline Ford on Jul 15, The music in stores is very relative and interesting to me. I remember when I would shop in Abercrombie in my high school years - the loud, cool music drew me into the store and kept me in there.